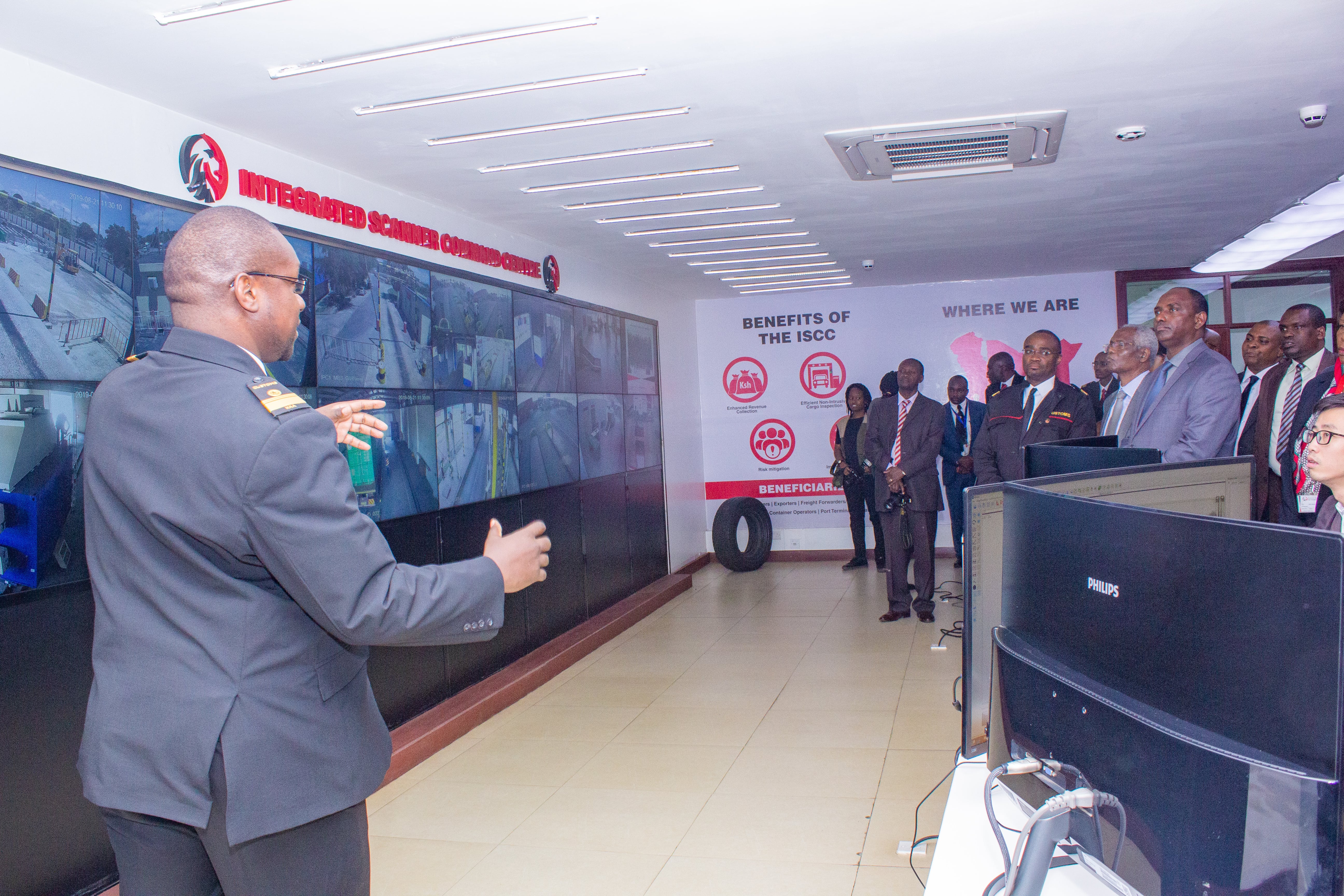 The Acting Cabinet Secretary, who was on a familiarisation tour of the KRA operations at the Inland Container Depot (ICD) in Embakasi today, said that automation of tax administration functions is key in enhancing both transparency and efficiency. He added that automation of KRA processes has reduced human intervention in handling cargo right from the Port of Mombasa to the ICD and other destinations.

To further enhance efficiency and reduce cargo clearance timeframes at the ICD, the CS said that the Government will install more cargo scanners as well as recruit additional Information Technology experts for KRA, among other resources.

“We are really impressed by the level of modernisation at this facility which has resulted to collection of more revenue by the Customs and Border Control Department,” the CS said.

The Acting Cabinet Secretary further lauded partner Government agencies involved in the process of handling cargo including the Kenya Ports Authority (KPA) and Kenya Bureau of Standards (Kebs) for working in synergy with KRA to enhance efficiency. The CS stated that the Government’s goal is to make Kenya a centre of excellence in trade facilitation, since it is the hub of East Africa Community (EAC).

Noting that the ICD is a 24-hour operation function, the Acting Cabinet Secretary observed that government will reach out to other key stakeholders such as shipping lines to deliberate on their alignment to ICD operating hours. He indicated that the alignment will be a key factor to further enhance cargo clearance timeframes.

The CS also visited the Regional Electronic Cargo Tracking System (RECTS) and Integrated Scanner Management Solution Command Centres at Times Tower. The two centres are a hallmark of the modernisation initiatives that KRA has implemented to enhance efficiency in the management of cargo.

Speaking at the same forum, KRA Commissioner General Mr Githii Mburu stated that KRA is reaping the fruits of modernisation of tax systems within the Customs and Border Control Department. Apart from enhanced efficiency, Mr Mburu noted that Customs revenues are now on an impressive upward curve.

“In July, 2019, we collected over Sh50 billion in Customs revenues, the highest collection ever. We attribute this improved performance to modernisation of our systems which has in turn enhanced our efficiency,” the Commissioner General said.

He added that among the landmark automation initiatives that have been instrumental in beating tax evasion include the modern cargo scanners installed at the Port of Mombasa, ICD and at the Namanga One-Stop Border Post.

The Commissioner General noted that installation of the cargo scanners has gone a long way in stamping out malpractices such as mis-declaration and under-declaration of cargo. To further take the efficiency a notch higher, the Commissioner General said that KRA is in the process of procuring additional scanners for installation at all border points.