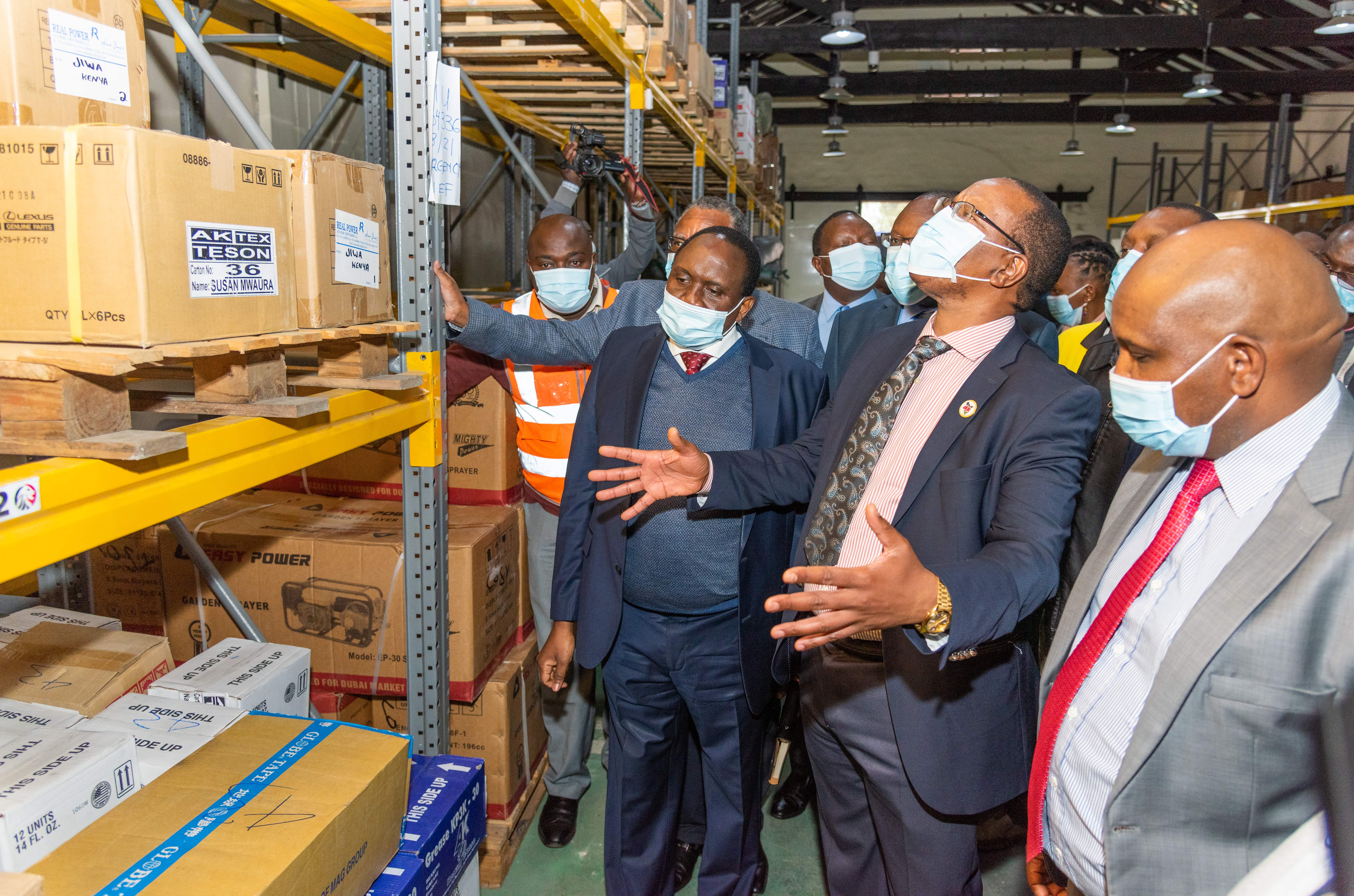 THREE THOUSAND AND TWO (3002) small-scale traders have benefited from the Kenya Railways Boma Line (National De-consolidation Centre) since President Uhuru Kenyatta launched the facility in February 2020. All consolidated cargo imported by sea and transported to Nairobi through the Standard Gauge Railway, is deconsolidated, cleared, and collected by the owners at the Kenya Railways Corporation (Boma Line) Transit Shed.

A total of 1,021 twenty-foot equivalent units (TEUs) of consolidated goods belonging to the small-scale traders have been cleared in the last nine months.

Kenya Revenue Authority (KRA) Commissioner General Mr. Githii Mburu said 1,021 TEUs cleared since its establishment and operationalization in November 2020 resulted in KShs 1,046,719, 812 in customs revenue. The deconsolidation centre has seen an increase from clearing six containers in November 2020 to 106 in June 2021.

Mr. Mburu, together with management from other government agencies hosted the Principal Secretaries who are members of the National Development Implementation Committee at the Kenya Railways Transit Shed during a tour of the facility.

Since its establishment, no trader has lost his/her goods and complaints relating to delayed cargo clearance significantly reduced. This means the de-consolidation of cargo is secure

The Boma Line transit shed has been expanded to handle up to 30 TEUs in a day from four containers last year. The government through KRA gazetted the Shed among other various facilities to be used for deconsolidation to ease and speed clearance of cargo imported by small-scale traders.

The facility has significantly reduced the cost of doing business for small-scale traders. Currently, it takes less than 24 hours for cargo to be transported to from the Port to Boma Line where it is immediately cleared and released for pick up by the traders. Traders in Nairobi CBD pick their goods on carts or Pick Up trucks and hence avoid last mile costs.

KRA intends to further simplify the process by introducing mobile apps for both clearance and payment of taxes.

I UNDERSTAND
Over 3000 traders facilitated as KRA collects KShs. 1 billion in new shed