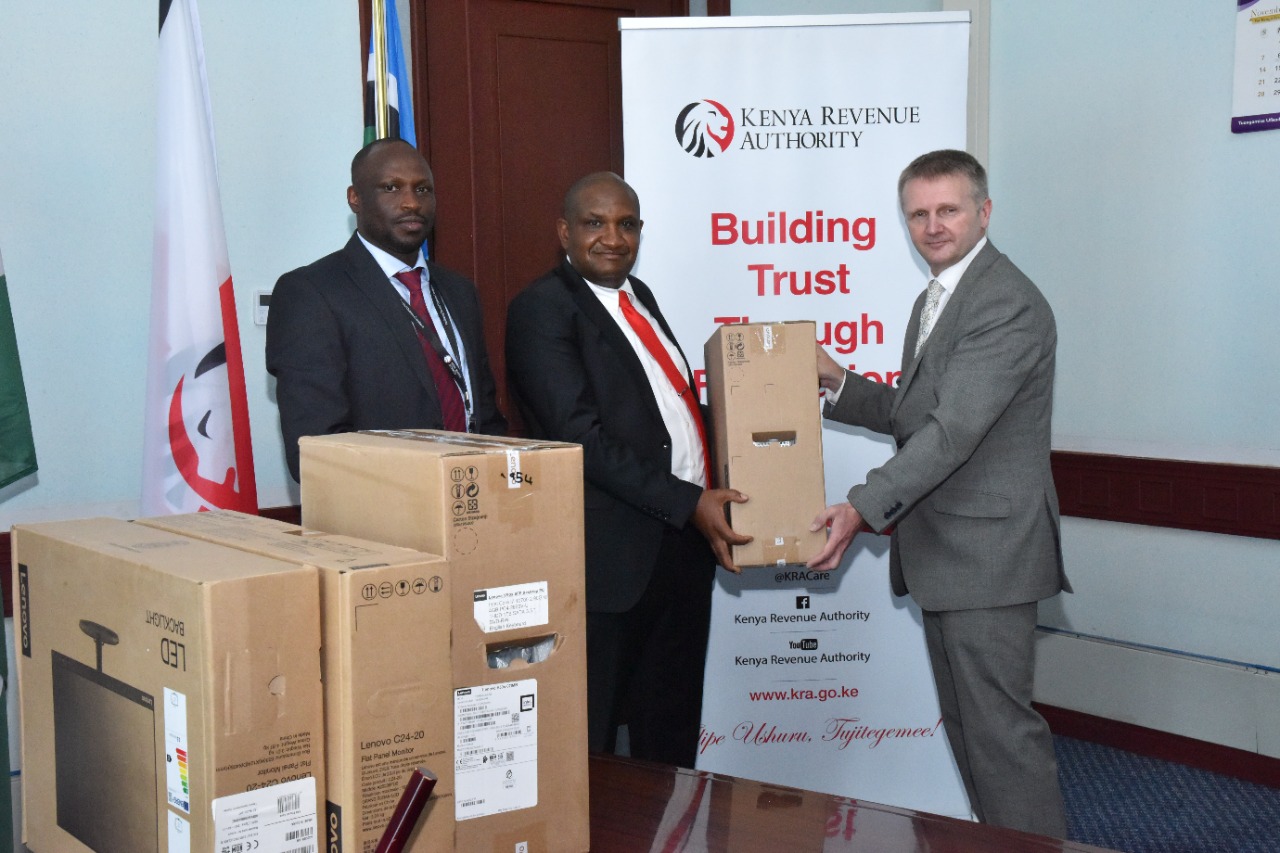 The tools according to Mr. Philips, comprise of work stations with special software that aids in a wide range of activities including detection of various activities in the digital space.

“This dedicated work stations will support in open source intelligence gathering and analysis,” he said adding that NCA will further collaborate with KRA in capacity building in other areas such as cryptocurrency.

Githii Mburu commended the UK Agency for offering to collaborate with KRA in fighting tax evasion and other organized crimes. Mr. Mburu said KRA and the NCA’s collaborations have seen reduction in smuggling of motor vehicles stolen from the UK.

“We shall broaden our collaborations to cover capacity building in the use of Artificial Intelligence & Block Chain Technology in the fight against tax evasion and other economic crimes”, Mr. Mburu commented.

Tax investigations involve inquiries into the tax affairs of a taxpayer where the KRA has reasonable cause to believe that a taxpayer is involved in tax evasion and violation of revenue laws. This is achieved through intelligence-led guided investigations that include conducting surveillance.

iCMS, a milestone to trade facilitation